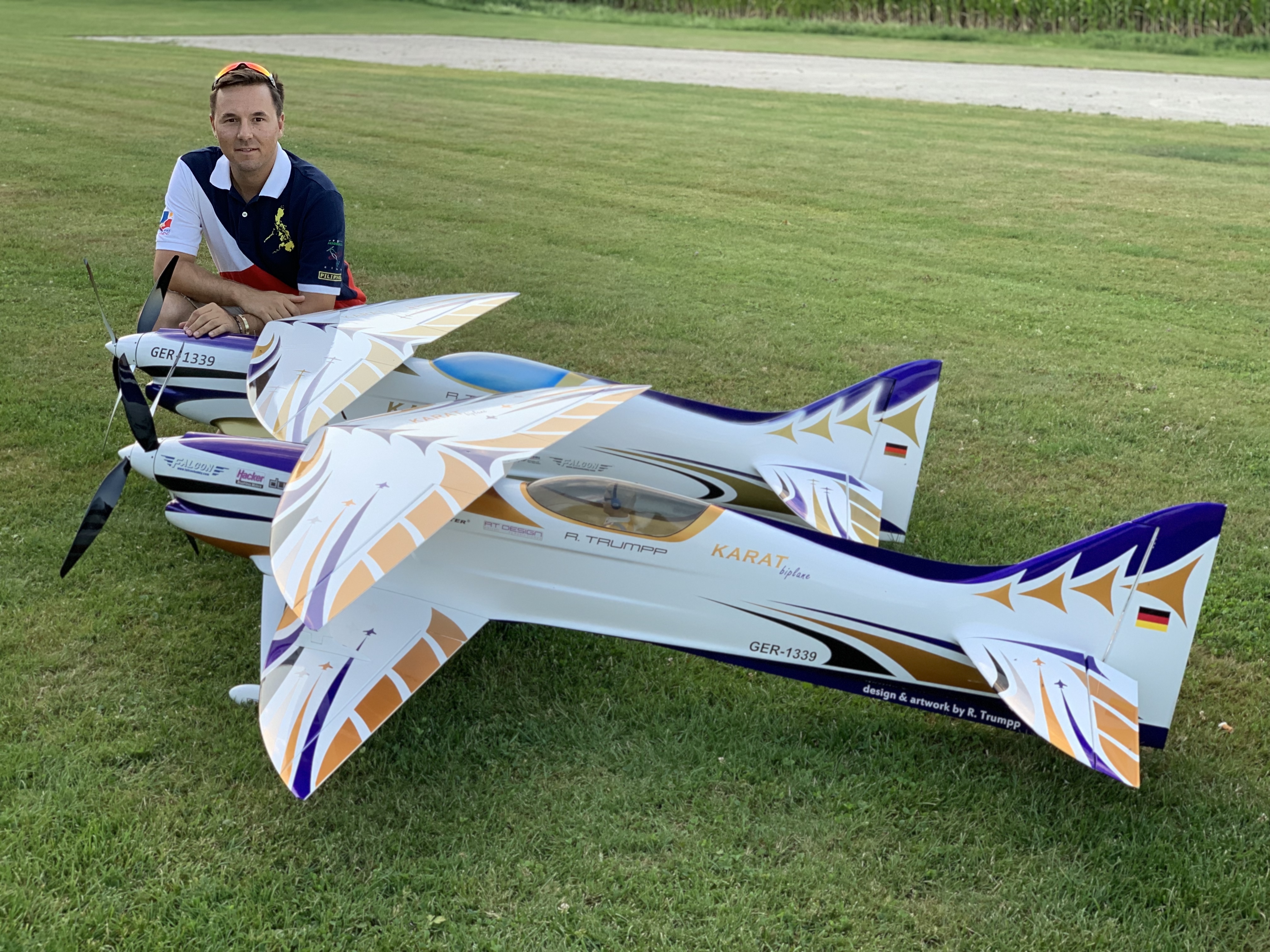 I am Robin Trumpp, born 1993 and made my Abitur in June 2013. I was working as an technical product designer until September 2019. Since October 2019 I am a mechanical engineering student.

My Hobby is aeromodelling – with passion!
Since I´m 3 years old I am doing this amazing hobby and fly everything what this hobby has to offer.

I was infected for aeromodelling and competitions by my father Ewald Trumpp. He was also a very successful F3A-Pilot with German Champion (2003) and European Team Champion (2002). He retired from competition flying in 2003 to prepare me for competition. Nowadays he is flying what he enjoys most and also supports me with my planes.

In 2010 I released the first own airplane under the label  RT DESIGN- aircraft, in Europe exclusively distributed from Hacker Motor GmbH.
Since that I try to release one innovative airplane a year.