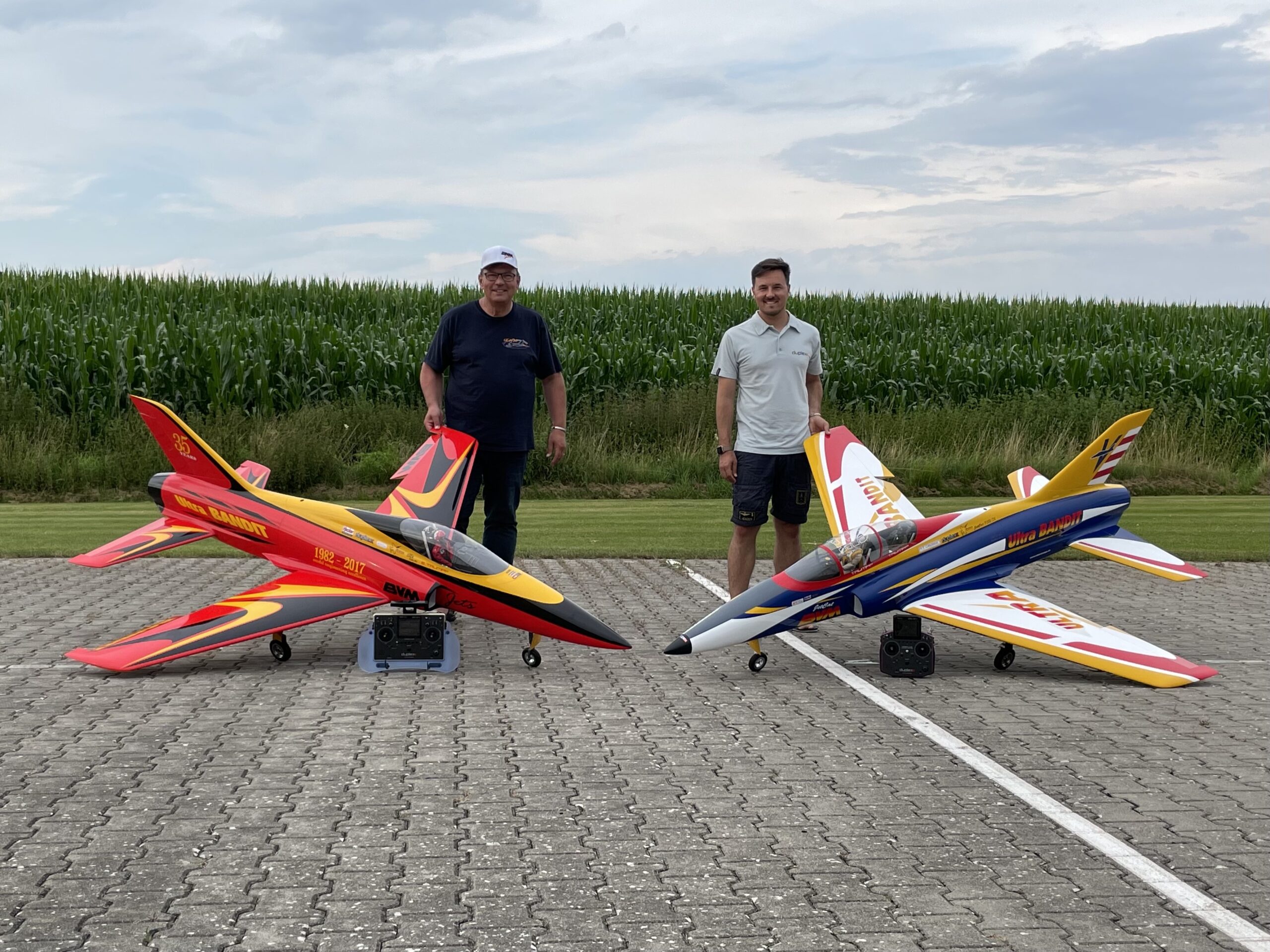 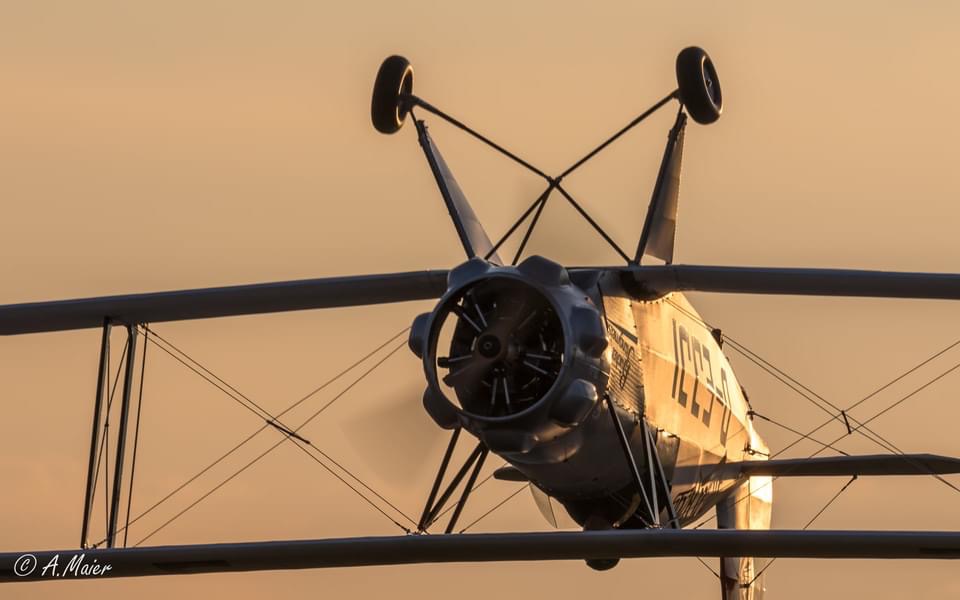 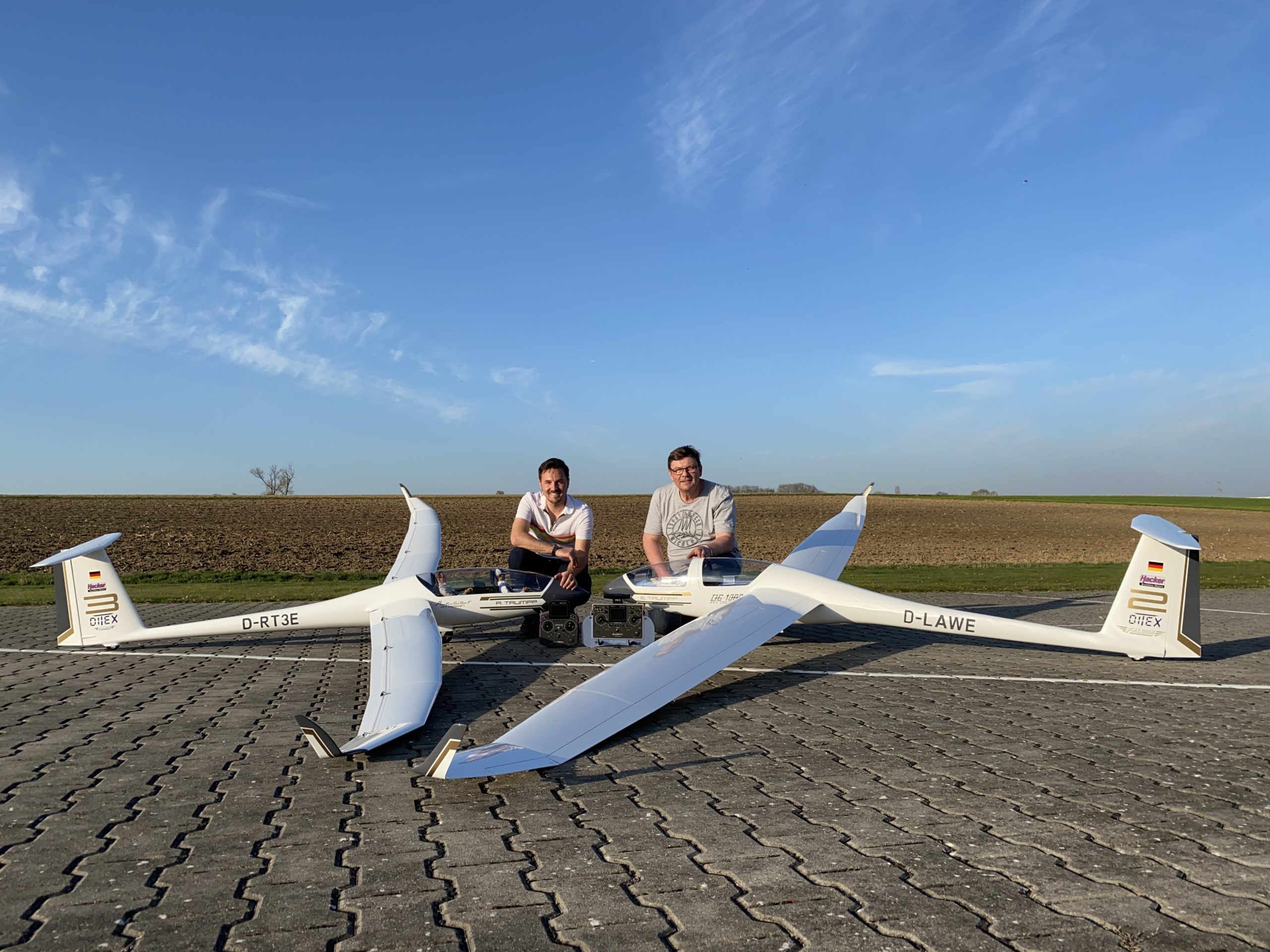 After a few years without flying a scale glider, I wanted to have one again. The Arcus by Schempp-Hirth is with its unique wing shape one of the most beautiful gliders in the present so it had to be an Arcus. End of 2019 I was together with Erwin Schreiber from RC-Flight-Academy in Asia and on the flight back to Munich, 11.000 m above the ground, I placed my order for his Arcus. Right after my father joined the project and ordered a DG-1000 from him.

Due to various projects and my study we were unable to finish the gliders earlier. In a creative phase during study I drew the scheme for both gliders. Of course these 2 planes should also bear the spirit and signature of RT DESIGN. Based on this scheme I worked out another 2 versions of this livery for a new F3F glider and TSAR monoplane- more on that later!All the grey parts are 2K painted, the golden parts are realized with ORACOVER-easyplot.

As most of the customers buy the planes ready to fly, the building progress was laborius and took quite a long time. It took some effort to cut the slots and holes into the top wing of Arcus for the flap and aileron linkages. The following applied: cut and hope it was correct! All the linkages were made with high quality MP-Jet aluminum clevises and carbon tubes. The DITEX servos are all mounted in wood frames which are also available from Hacker Motor.

We wanted to install a self launching electric motor system, that we are not always dependent on a towing machine. As we have a lot of 10S packs from the F3A models, Hacker needed to arrange a power setup for 10S packs and the concept works excellent! Max current on Arcus is just around 55A and on DG-1000 it´s around 70A and a few several hundred meter climbs.

A few blowholes and areas where the white paint wnt off are needed to be mend. The good flying characterisitcs of the planes are bringing the troubles in balance. Almost no function had to be trimmed, the CG´s are reached without any extra weight in the nose, the drive dimensioning from Hacker is excellent and the super bright LED flash light make those gliders to a really successful project. Now we wait for days with good thermals to get them enough air-time!

We installed the Click-Connect system from Hacker Motor for the first time because of 5 servos in each wing plus the LED´s. That´s during building much more work, but in the end the most precious and safest solution for all the wiring and after crimping 2, 3 cables it´s quite an easy task. The result is a perfect reverse polarity protected central plug for all wires from wing to fuselage.

The power management system is a JETI model CentralBox 400 with two 2,4Ghz RSat and one 900mHz RSat. Each servo is directly connected to the CentralBox and can be programmed individually. That make the flight conditions and landing setup (airbrakes + butterfly) very easy in setting up. The CB-400 has still enough pins for the 3rd receiver and all the telemetry inputs. Telemetry from the CentralBox itself, each receiver, from the ESC (current, capacity, temperature…) and from the MVario2 are delivered in real time to the radio and gives a great overview about the safety onboard. As already installed and loved in other planes, the RC-switch is also here a must. The batteries are Hacker TopFuel ECO-X 3000mAh 2S.

I heared a lot about Tailored Pilots from England, but never had one of these pilots in my hands. After carefully checking their website it was sure that those pilots can meet our expectations. A few eMails with Wilson Li from Tailored Pilots later the order for 3 pilots were placed. What I can say after getting them is: quality, weight and detailing are surely one of the best available today. And they have a wide range of accessories to choose such as seatbelts, sunglasses, parachutes, headsets… Really nice are the RT DESIGN baseball caps he made in the correct size for our pilots.

A big “thank you” goes to Hacker Motor, JETI model, FALCON and Tailored Pilots for joining this project!

January 3, 2021Written by Robin
1 Comment
Unfortunately due to my studies and COVID-19 I was unable to fulfill my 2020 wishes but it was still a good year nonetheless.
The TSAR monoplane project was unfortunately not completed in 2020,it has now been over a year and is still not finalized but I am getting closer to the end.
With that being said I would like to introduce to you the all new, TSAR monoplane from RT DESIGN.

I would like to thank everyone for the support in 2020 and wish you all a happy, healthy and prosperous 2021. 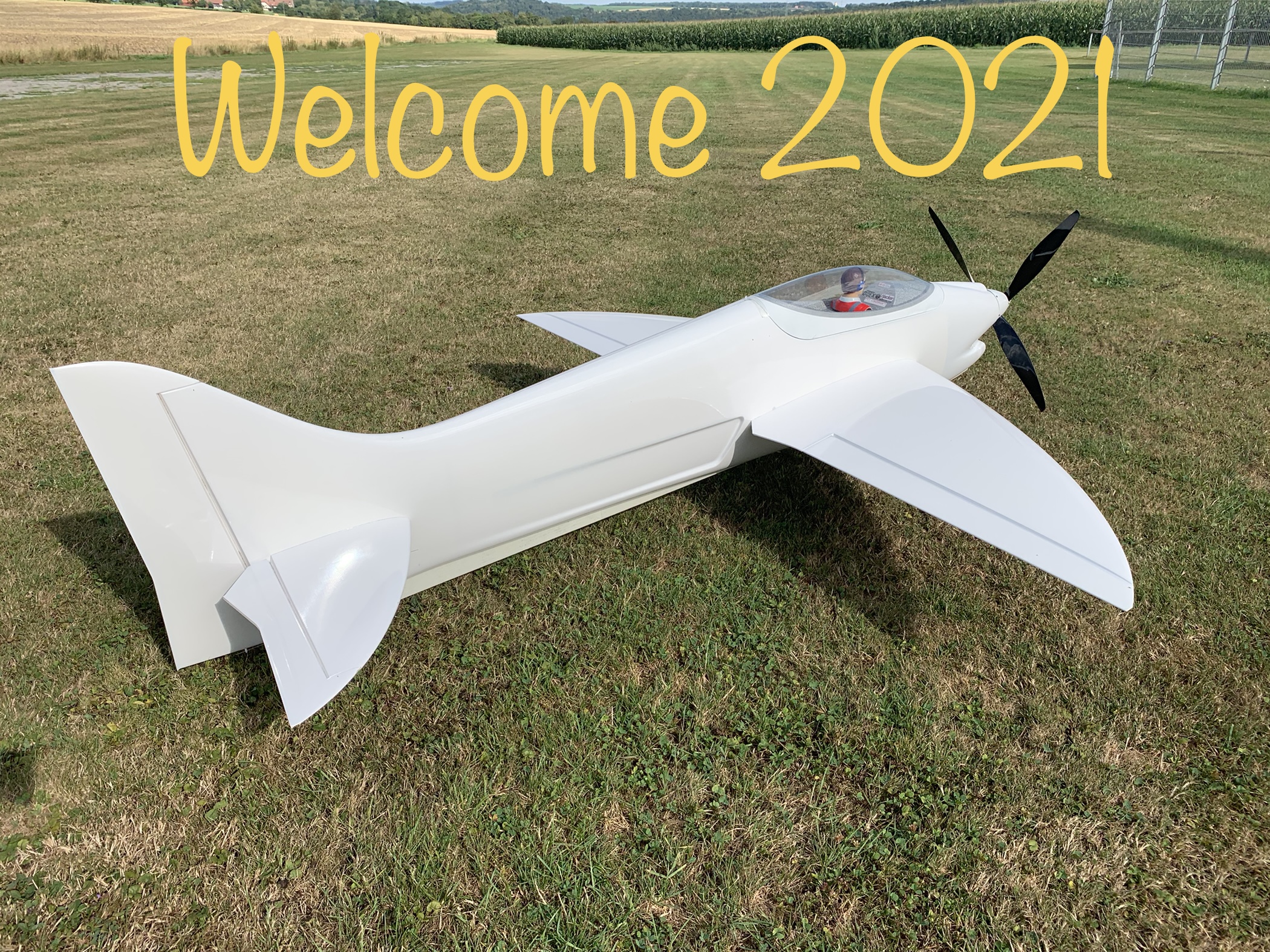 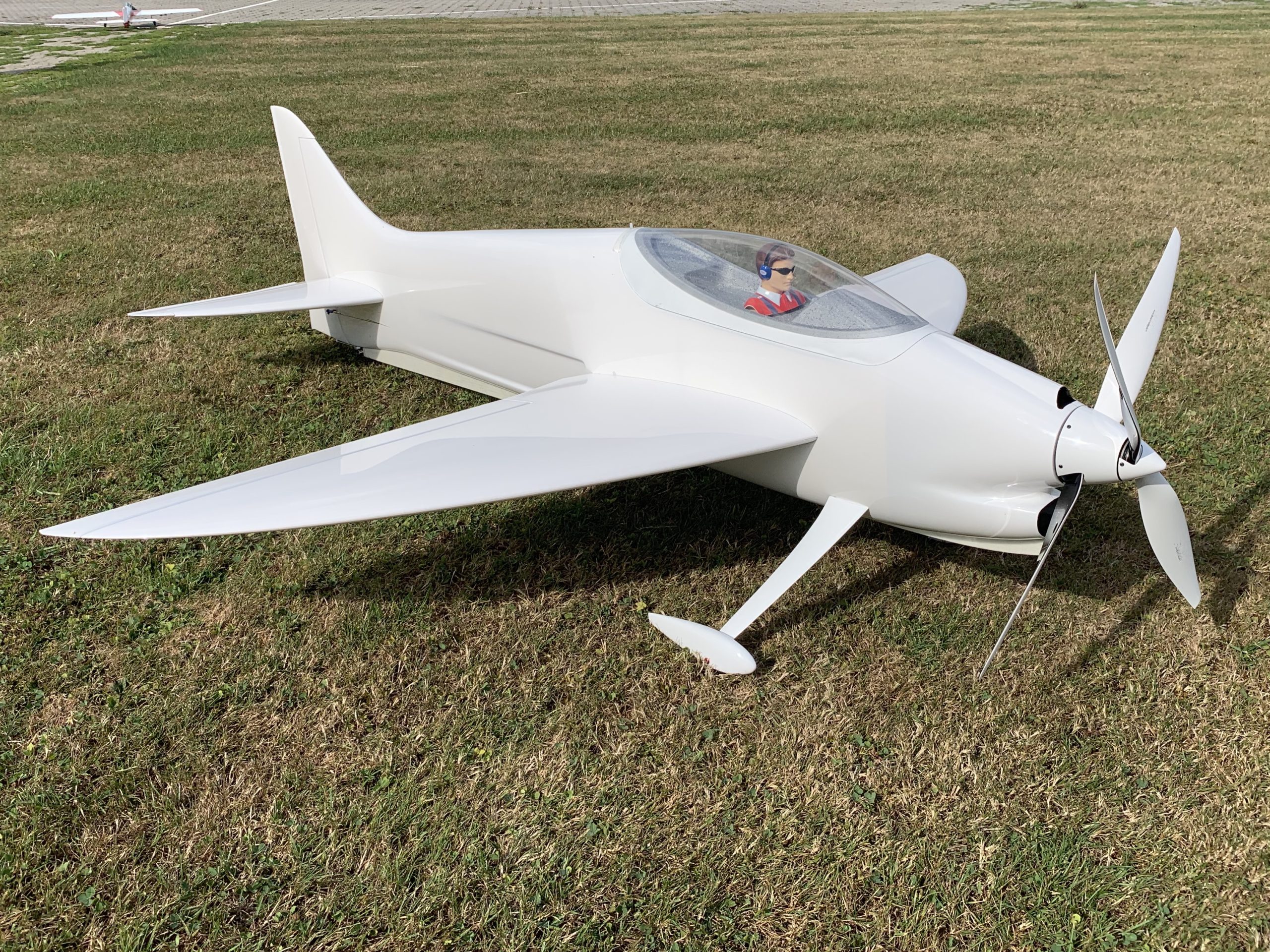 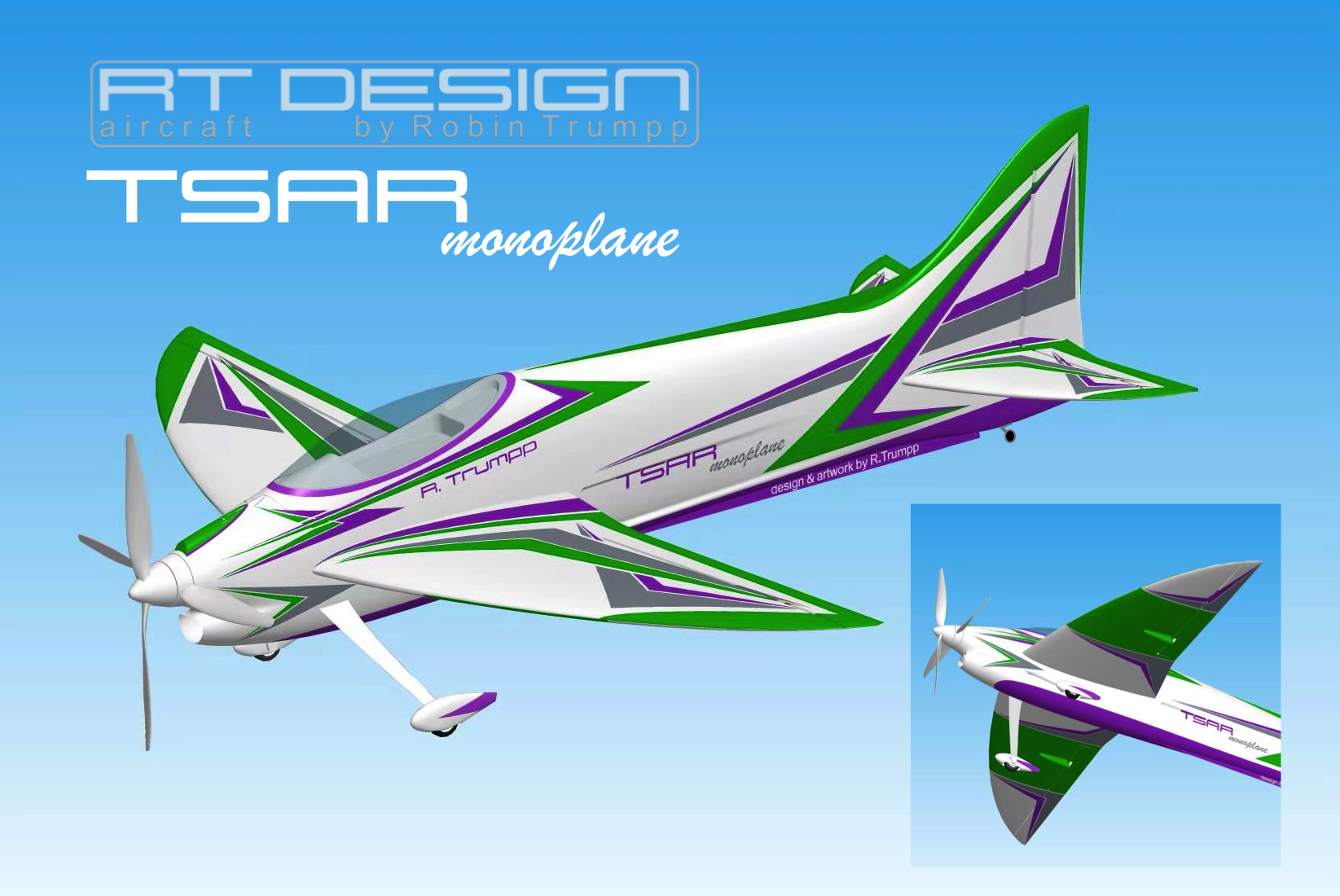 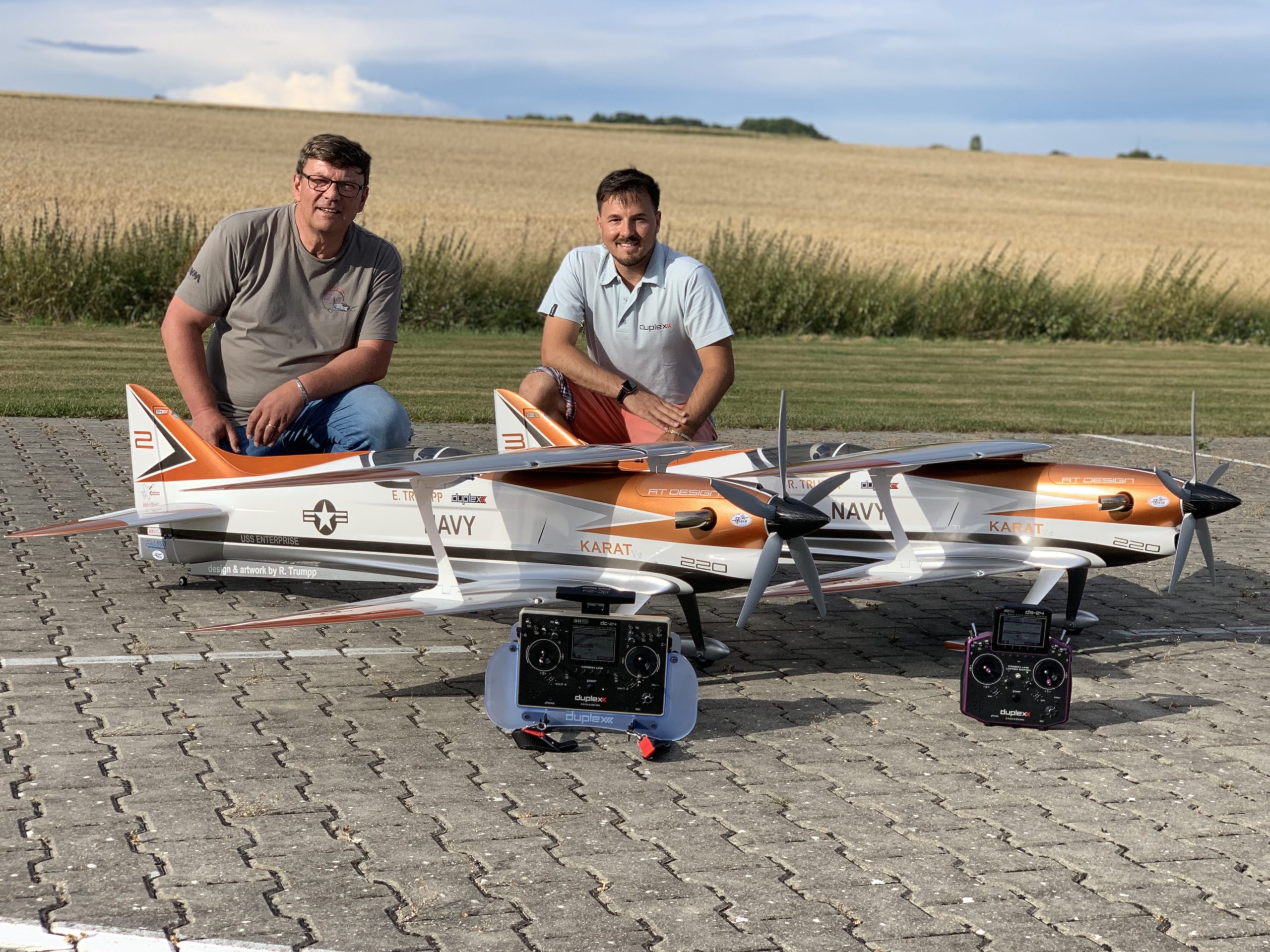 SORRY, ONLY IN GERMAN! 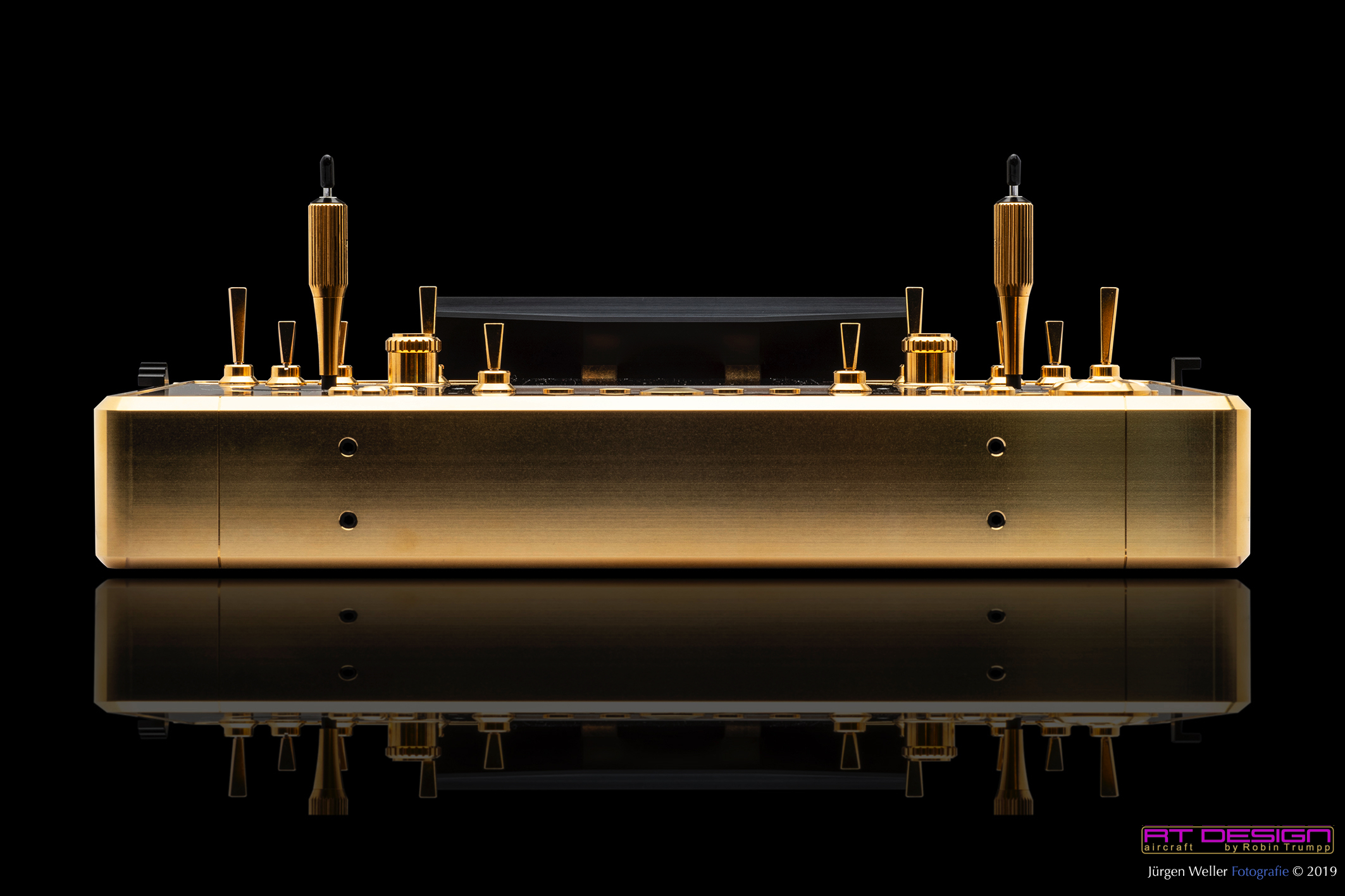 It all started when I was a boy with the Graupner MC-24 gold from my father. I thought it´s a cool and beautiful radio. That time I already knew I want such a transmitter someday!
Almost 15 years later I hold a JETI duplex DC-24 in my hands, with almost each part and switch 24-carat gilded. Probably the worlds one and only DC-24 with such a finishing. The name: DC-24K.
„When modern carbon meets classy gold to end up in world’s finest radio.“

But until I had it in my hands, it was a very long way. It took more than one year until the radio was completely finish. I think with the gold color it describes the quality and valence of this product best.

Only with the support of good friends we could realize this exclusive unique masterpiece.
Therefore a special thank you to: Lenka, Hendrik, Jörg, Jürgen, Jakub and JETI model!
Partner, RT DESIGN

On saturday, 23rd of March, Mr. Hacker invited to his 20-year-jubilee of Hacker Motor in Ergolding.

A great event with famous guests, interesting guids through the company and an exhibition of their projects in RC-business and industry made this day to one of the highlights in 2019.
Even the weather was perfect with a deep blue sky and warm temperatures, maybe also a merit of the past 20 years.

What started in the loft of his families´ house is nowadays a mid-sized company with almost 40 employees and projects around the world.

For more than 10 years I am Pilot for Hacker Motor. Since my beginning I trusted in the products from Bavaria. When I look back, that was probably my best decision I made in my rc-career. I am more than proud to be part of this team since that long time.

For some time Hacker Motor is also the exclusive distributor in Europe for my RT DESIGN models- nothing better could happen to me!

At this jubilee last week we took the chance to introduce my latest design coming this summer the market:  Acrostar mk2 XL – the big brother of our 6S successor came to the market last year.

Again congratulations to Rainer Hacker for 20 years of Hacker Motor GmbH!
I´m looking forward to the next 20 😉

After my tripto China in April, I had the chance to go there once more end of this year. In that time there was China´s biggest airshow which takes part every two years in Zhuhai. It was possible to spend one day at this event to check out some beautiful aircrafts and amazing flight displays.
From Zhuhai I went to some factories to check out their shop, the work and their airplanes. In that time we traveled over 2000 km with the car and train. Between the days in the factories I had the chance to spend one day together with Chinese F3A pilots on the airfield to fly and setup their planes.
At the end of my tour I spent three days in FALCON to see the latest stand of KARAT and gave a presentation to all workers involved in the project and informed them what happened in the past and what is next.
After nine exciting days in China I went back to Germany.

Here are a few pictures from my trip: